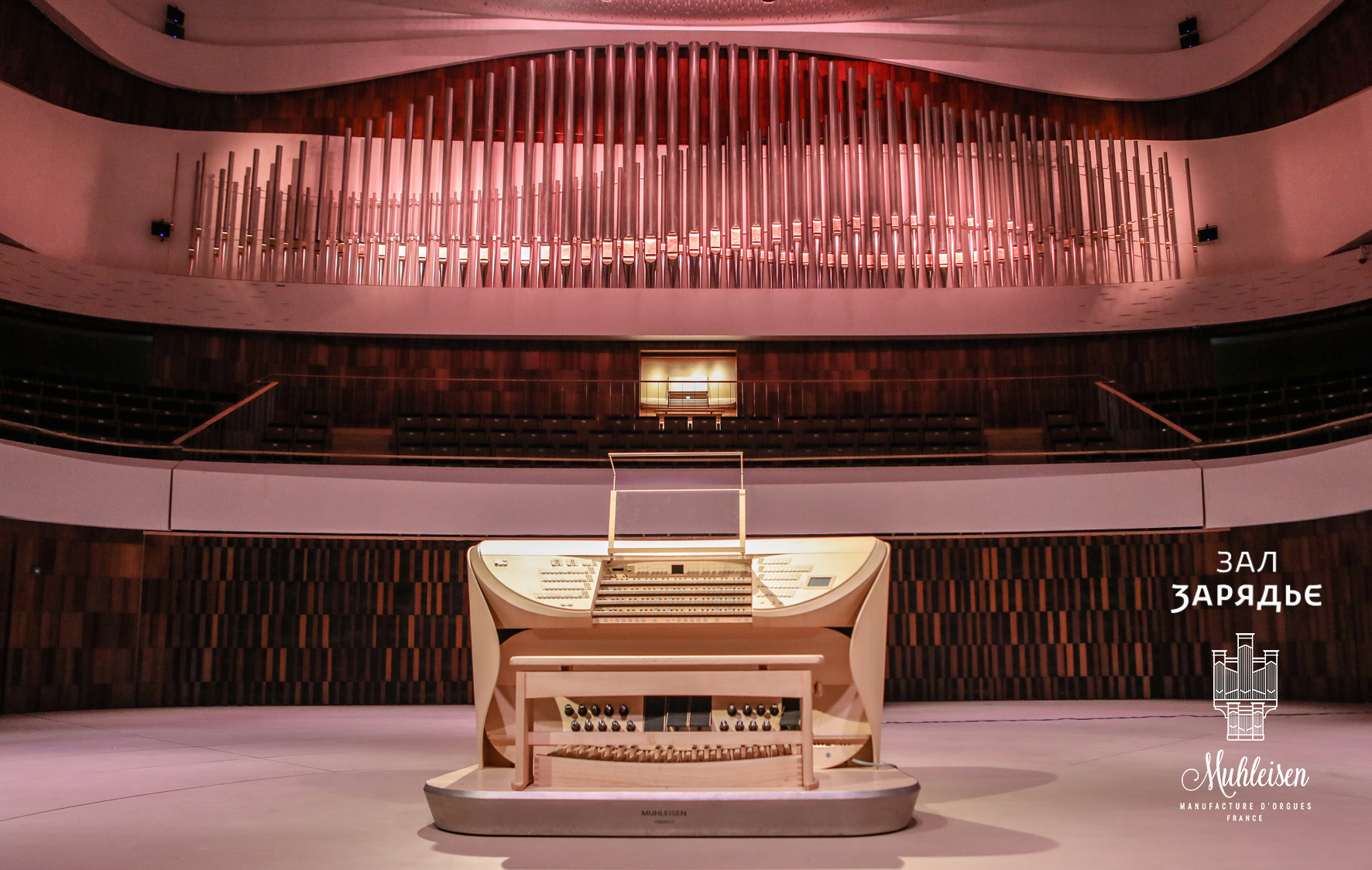 The Inauguration of “Zaryadye”’s concert organ is a long awaited event, since instruments of this scale appear once in a century.

Theatre director Daniele Finzi Pasca, famous for his large-scale production like Olympic Games closing shows in Turin and Sochi, prepares a unique event for “Zaryadye”, and that show will be on a larger scale than any great gala.

“Inauguration” of the largest organ in Moscow starts on 29th of February, at midnight, to last next 24 hours. During those 24 hours, world leading organists will show the audience the thousands voices of the instrument. Audience of Grand Hall will witness this unique event.

The tour for the audience would start right in the foyer of the Concert Hall. Students of Moscow musical and theatre colleges will provide the audience with the information on the King of Instruments, thus preparing the guests to enter its “realm”. Once in the Hall, guests are surrounded by magic light, and the main part of the place are the stage, an organist, and the instrument. A guide would lead guests through a bizarre labyrinth of light situated in the stage space.

The audience would have a unique opportunity to witness an organist at the work that close, at the elbow, literally. All the cutting edge technologies of “Zaryadye” are would be applied to create the route, and light- and video installations that constantly altering to the music and other sound vibrations, thus creating cozy, festive, and at the same time almost cosmic atmosphere.

Within 24 hours, around 20 thousand people could visit the inauguration. Representatives of Ginness Europe Records as well as Guinness Russia Records will witness the uheard
before event: never in history was any organ being played in a concert hall for 24 hours without interruption! The official claim to the world record was sent to The Guinness Book of
Records, too.

The organ of "Zaryadye" Hall was manufactured by the oldest organ firm, French "Muhleisen".

Your ticket is only valid for the séance indicated in the ticket.
In case of late arrival, a guest is not allowed to visit the séance, and has to buy ticket for a next séance, if sits available.

In order not to be late, please arrive for your séance 10 minutes earlier the time indicated in your ticket.